‘Bebel Against Scheidemann’
by Rosa Luxemburg 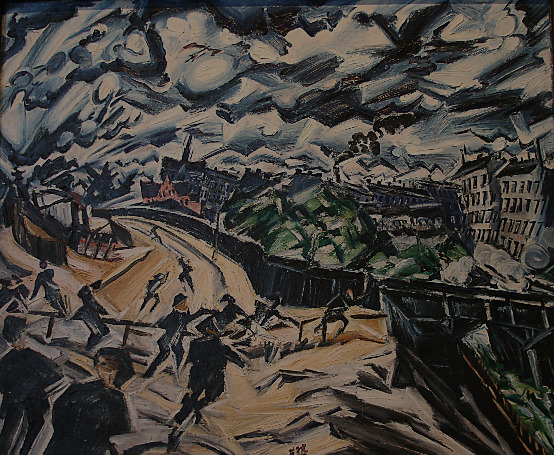 As war rages again in Europe, there is little to celebrate on Rosa Luxemburg’s 151st birthday. Still, she has something to say to us. This article, published in the radical left anti-war paper Der Kampf, underlines the confusion our predecessors had on how socialists ought to respond to war. August Bebel, chairman of the German Social Democratic Party until his death in 1913, maintained that workers should defend their fatherland in event of an invasion.

This became the cornerstone of the SPD’s support for World War One – on the day of the Reichstag vote for war credits, the official statement declared ‘we are now threatened by the horrors of enemy invasions. We don’t have to decide for or against a war today, but the necessary means of defending the country.’ This was a remarkable about-turn from their position a mere two weeks before the vote, as Luxemburg acidly points out here.

Why republish this? In our time, it’s easy to forget that World War One wasn’t pitched as a mass imperialist slaughter. One nation would face off against the German brutes, another would nobly defend European civilisation from Tsarist despotism. Once unleashed, patriotism swallowed up the most steadfast socialists, and many marched to their deaths, believing they could renew their internationalist commitments once the war was over. Konrad Haenisch, an erstwhile disciple of Rosa Luxemburg, proudly recalled finally being able to ‘join in the rousing chorus “Deutschland, Deutschland über alles’! He never returned to the banner of international socialism. Once foundational principles are obliterated, they are not so easily re-established.

Of course, Germany was an invader and not the invaded at the outset of World War One. Surely an anti-war policy must take stock of that today? What we are seeing in Ukraine is a catastrophe, driven by Russian imperialism. ‘The main enemy is at home’ does not suffice as a response for those of us in countries outside the conflict. But we cannot answer by tailing behind our own governments as they impose sanctions that will bring Russian workers to their knees while leaving Putin untouched. Sanctions of this sort are not an alternative to warfare, they are warfare. In many countries, we are seeing popular majorities for no-fly zones, military escalation that will only prolong the war.

At the precipice of international conflicts, the distinctions between an offensive war and a defensive war cease to matter. It becomes only a question of who moves first. European countries are remilitarising at a frightening pace: Germany alone has pledged a €100 billion increase in defence spending. Socialists on the eve of World War One recognised this as they watched their own countries increase their armaments with alarm. Hence the resolutions of the International to which Luxemburg refers here do not make distinctions between aggressor and defender nations. They call upon socialists in every country to refuse to vote for armaments and to coordinate and increase the resistance of the working class to the war. In the event of war breaking out, socialists were obligated to ‘intervene in favour of its speedy termination’.

This was not pie-in-the-sky thinking at the time, but a perspective emerging from how socialists addressed smaller-scale imperialist conflicts, from the Fashoda Affair to the Morocco crisis. The war will not end by choosing a side and flooding it with military support. The war will end when the working class refuses to fight it. We salute the anti-war protesters of Russia, facing lengthy prison sentences and uncertain futures, for their courage in standing against the mass slaughter of their brothers. We stand with trade unionists refusing to unload Russian gas. Peace will be won by solidarity alone.

Bebel Against Scheidemann by Rosa Luxemburg

Under the headline ‘Bebel against Spartacus’ Vorwärts has unearthed ‘an interesting memory of a well-known Social Democratic parliamentarian’, according to which Bebel was meant to have disclosed to a French inquirer about Hervé’s anti-militarist agitation at the time (who now famously belongs to the most outrageous warmongers) that agitation like Mr Hervé’s would not have been tolerated in German Social Democracy. And now Vorwärts adds for its own part that the Internationale Group shares Hervé’s perspective in the essentials, and hence Bebel would have proposed its expulsion from the party.

We would have shrugged off the latest humbug as we do with all the other humbug that Vorwärts produces every single day had it not provided us the welcome opportunity to finish off the endless quarelling with Bebel’s name in the war question for once. Of course, we’re not going to consider what Bebel is supposed to have said to a French, but unknown, inquirer, according to the assurance of a ‘well-known’ but anonymous parliamentarian. We will consider only what Bebel said at the sites of his public activity. In the Reichstag he famously said that if the Tsar were to attack Germany, he would sling a musket over his back despite his old age. At various party congresses, he elaborated that if the fatherland is attacked, the working class must support a war of defence, but not a war of offence, if it has been initiated by the German Empire.

We don’t do any injustice to the memory of Bebel if we reject this perspective as completely untenable. Even the most gifted man cannot be equally proficient in every field of public life and Bebel shared his ignorance of warfare with none less than Karl Marx. Only Marx, as his correspondence with Engels shows, carefully refrained from setting out directional points of view about practical policy in questions of war. He left that to his great comrade-in-arms,who was thoroughly knowledgeable about warfare.

We’re not engaging in any staircase wit towards one who earned the highest respect of the working class, but has now passed away, when we throw out Bebel’s distinction between wars of offence and defence as obsolete. As soon as Bebel made this distinction, the writer of these lines and other party comrades protested it most vigorously. We explained that wars never emerge because some despot gets the idea into their head to attack a neighbouring country all of a sudden. Wars are always simply the result of deeply rooted and far-reaching conflicts of interest that erupt violently because they can no longer peacefully be solved. If you want to talk about the aggressor and the defender at the outbreak of war, the question really boils down to who shuffled their diplomatic cards most skilfully at the very last moment, at the sixtieth minute of the twelfth hour, so to speak.

Unfortunately Bebel was not convinced and continued to insist that good old human reason would always be able to distinguish between aggressor and defender in the outbreak of war. Later he himself had to concede that his model completely failed the one time in his life he had to test it in practice. In memoirs, he admits that he was deceived by Bismark’s diplomatic style in July 1870, otherwise he would have rejected the war credits.

In these matters, Bebel is not at all an authority for the Internationale Group and still less Hervé. What’s binding for the ‘political nihilists’ and ‘trade union syndicalists’ – these are the titles with which Vorwärts graces the Internationale Group – are solely the resolutions that the international congresses in Stuttgart, Copenhagen and Basel adopted in the case of an imperialist world war breaking out. These resolutions, to which incidentally Bebel also agreed, had not a single word to make distinction between an offensive war and a defensive war. Vorwärts knows what they say just as well as we do, even if it acts like it doesn’t.

But this is far from the true heights Vorwärts achieves in its spinning. Let’s enlighten them just once with the light that shines from the lantern of Bebel’s authority. According to Bebel, Social Democracy must never support a war of offence. But who uncovered the cause of the current world war in an attack by Austria? The same party executive, whose mouthpiece is the present Vorwärts. In their manifesto of 25 July 1914, they firstly established that Austrian imperialism’s war fever had been unleashed and continued, verbatim:

‘Just as we condemn the activities of the Great Serbian nationalists, the frivolous war provocations of the Austro-Hungarian government cry out for the most strident protest.The demands of this government are so brutal that they have never been asked of an independent state in world history and they can only amount to provoking a war.

The class conscious proletariat of Germany raises a blazing protest in the name of humanity and civilisation against the criminal activity of the warmongers. It demands as an imperative that the German government exert its influence on the Austrian government to maintain peace. If the disgraceful war cannot be prevented, it should refrain from any military involvement. Not a single drop of German soldiers’ blood may be sacrificed for the power games of Austrian rulers, for imperialist profit interests.’

We can clearly recognise that in this appeal, the party executive did justice to Bebel’s demand to establish who is the aggressor in the outbreak of war as the first thing. But the conclusions the executive drew from discerning this were directly opposed to the conclusions it ought to have drawn according to Bebel’s perspective. So it seems to us that it’s not the Internationale Group that would get a rough blow on the head from the dead Bebel. It’s Scheidemann and his comrades.

The Point of a Party