In Memory of Luxemburg and Liebknecht 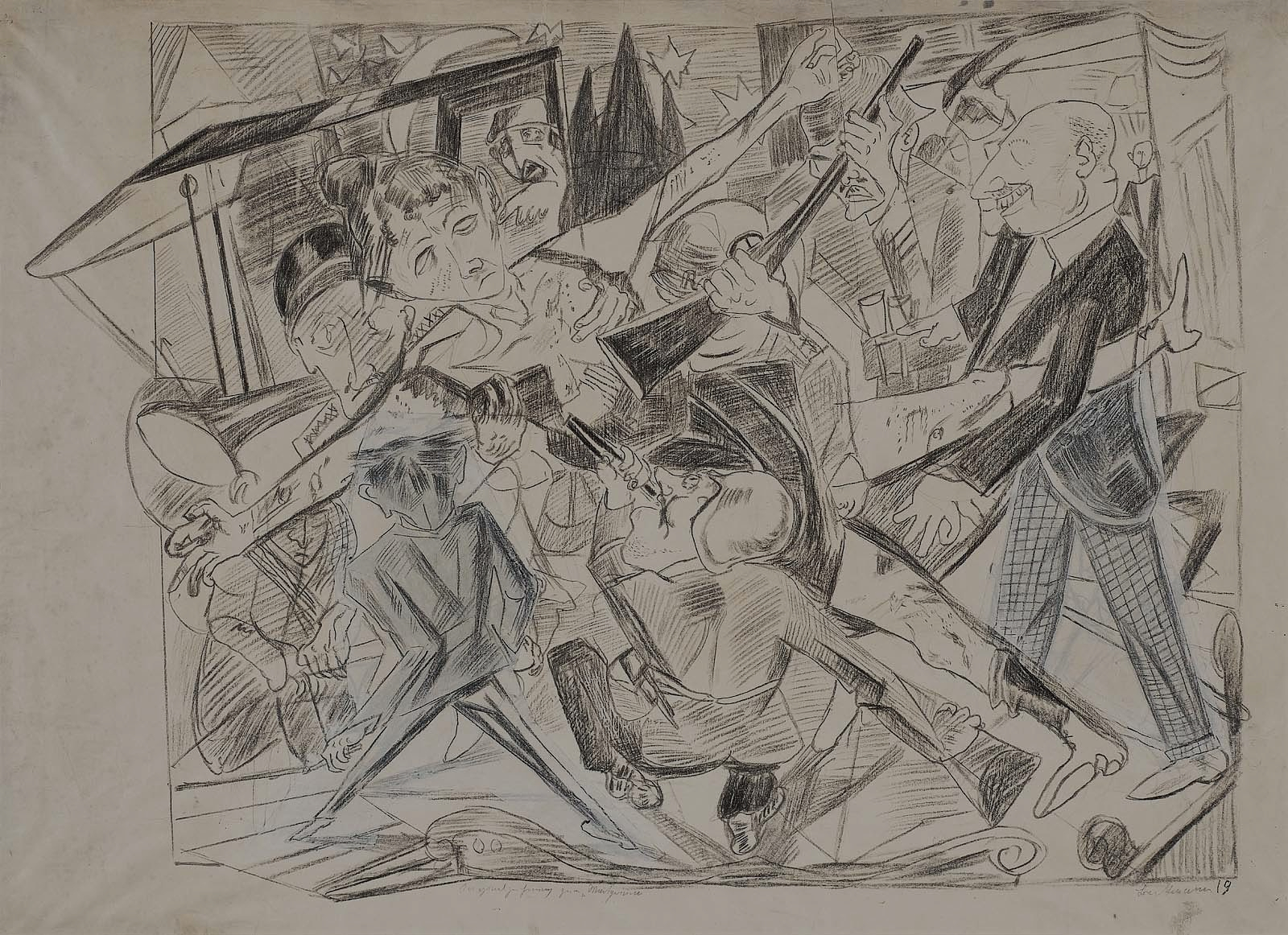 103 years ago today, the revolutionaries Rosa Luxemburg and Karl Liebknecht were murdered by the party to which they once belonged, the Social Democratic Party of Germany. Paramilitaries riddled Liebknecht’s body with bullets; they threw Luxemburg into a canal. Those who voted for the international fratricide in August 1914 finally turned their guns on workers in their own country. Luxemburg’s death warrant was signed when a Catholic nobleman in the army declared her a saint to his captain, Waldemar Pabst. Pabst recognised how dangerous a saint was.

Bourgeois society hoped to inflict an irrecoverable loss. But the trouble for Pabst was that the dead are notoriously hard to kill. 100,000 workers march in Luxemburg and Liebknecht’s funeral procession in January 1919. When communist and adventurer Franz Jung hijacks a boat to visit the young Soviet Union, he greets sailors in Murmansk with Liebknecht’s name. That is sufficient to break the ice. As the Bavarian Socialist Republic collapses, a girl roars the name of Rosa Luxemburg in the corridor of a court chamber, until finally not a soldier dares to touch her. The evidence is clear: Luxemburg and Liebknecht still stalk the earth.

We know death is not the final word in history. The era when human beings are made human again is still to come. Our task remains as ever: to work for the ideal for which Luxemburg and Liebknecht sacrificed their lives. Communism.

The Immortal by Franz Pfemfert

Unarmed parliamentarians are murdered by Noske’s ‘workers’’ soldier bands, the corpses defiled. Workers in jail in their hundreds.
Arming of the exploiters, disarmament of the exploited.
The class justice of Wilhelm II’s days  called up against the proletariat.
Government soldiers raid our homes.
Karl Liebknecht killed by hired assassins.
Rosa Luxemburg beaten to death by hired assassins.
‘Bring out the flags!’ the bourgeoisie crows. ‘Uncork the champagne!’ howl the war-profiteers. Hail the executioners of socialism! Hail the renegades of the proletariat!

‘You foolish lackeys! Your “order” is built on sand.’ This roars from the last article of our comrade Rosa Luxemburg.
‘But our ship continues on its straight course proudly sailing to its goal. And whether we will still be alive when it is reached – our programme will live; it will rule the world of humanity redeemed. In spite of everything!’
Hence Karl Liebknecht’s victory march on the morning of the day the paid agents struck his body down.

Friends! Comrades! Obituaries are only written for the dead. The mortal, the departed, that’s who we cry for. We no longer have the purest, the kindest, the most faithful comrades in our midst. And yet our private heartbreak that our beloved ones are no longer visible, no longer stand next to us, whose hands we could squeeze, whom we kissed on the ardent mouth and open brow, what can all this mean, our personal sorrow, when we know: Rosa Luxemburg and Karl Liebknecht are immortal. They are invulnerable to the murderer’s insidious brandished steel.

Centuries will sink into the sea of the past, but among the very few, with whom every era will be filled, among these immortals, we count Karl Liebknecht and Rosa Luxemburg.

And we, who were close to them, can we be despondent today? Lift up your hearts! Raise your heads! Fight until victory is won, the victory will be Rosa Luxemburg’s and Karl Liebknecht’s!

Undeterred, the immortals lead the proletariat on!
Karl Liebknecht! Go to any corner of this martyred earth and call this name to the oppressed: the pulse will beat quicker, eyes, long deadened from drudgery, will light up with hopeful joy!
Rosa Luxemburg! The weary, to whom she poured out all of her inexhaustible spirit, they live with her. The holy flame Rosa Luxemburg will help lead the exploited out of this collapsing murderous society into the land of freedom, the classless and borderless kingdom of communism.

Karl Liebknecht and Rosa Luxemburg weren’t destroyed by the venal servants of the executioners. What was annihilated, utterly annihilated, was what remained of the seeming honour of the German bourgeoisie, after all the atrocities of the Scheidemann-Ludendorff era of slaughter.  After the poisonings, the laying waste to entire countries, the Lusitania crimes etc., there was not a lot left. After the January days, there’s nothing more execrable to the proletariat than the diseased breath of the German Noske bourgeoisie.

To rob the proletariat of their sword and flame, the executioners struck themselves! As long as Rosa Luxemburg and Karl Liebknecht were with us, marched ahead with us and fought with us, they were here or there: today both are in every place where revolutionary workers are preparing themselves for the final struggle at once. Today Noske’s agents would have to massacre the entire proletariat, saving none, to extinguish the spirit of Rosa Luxemburg and Karl Liebknecht!

Liebknecht!
Germany has a thousand Liebknechts.
Factory hands defiant at the lathes,
Youths with a holy flame in their eyes,
Girls whose breasts wilt under prison jackets.
Sailors shot down as mutineers;
Mothers separated from their children;
Ice-grey men
Declared disgraces for a life of honour and work.

Liebknechts!
Because their hearts didn’t partake in bestial bloodlust,
Because their beliefs didn’t ossify in their bony skulls,
Because their conscience cried louder than Ludendorff’s cannons.
Where would hope be, where’d the future be,
If they were not here?
Liebknechts!
Germany has a thousand Liebknechts.

Why do we have a Labour Party instead of a socialist party?

Podcast: The life and lessons of Karl Kautsky